“Never Trump” the Sovereignty of God

My gut reaction at the close of Indiana’s historic primary election is to say “Never Trump”. There are so many reasons I am repulsed by the idea of Donald J. Trump leading our nation, to list them here would fill a blog post. I am embarrassed and disheartened by the choice a majority of my fellow “conservative” Hoosiers have made. They’ve turned away a godly man who could help lead our nation out of darkness and instead fallen under the spell of spectacle. I believe we will be sorry.

Watching and listening to coverage of the Presidential race (it’s hard to miss, unless you live in a cave), I’ve been reminded of the leaders chosen by the people of Israel over 3,000 years ago. As recorded in the Book of Judges, the Israelites begged God for mighty kings to lead them, though God warned against it. Each time God granted their wish, the people turned from God and sinned against Him.

When the Israelites cried out to God for mercy, he delivered them by raising up the heroes of the book, the Judges. Filled with the Holy Spirit, these valiant men and women obeyed God—although imperfectly—to demonstrate his faithfulness and love.

“Whenever the LORD raised up judges for them, the LORD was with the judge, and he saved them from the hand of their enemies all the days of the judge. For the LORD was moved to pity by their groaning because of those who afflicted and oppressed them. But whenever the judge died, they turned back and were more corrupt than their fathers, going after other gods, serving them and bowing down to them.” Judges 2:18-19

When we were a homeschooling family, one of the books I used to teach my sons about this period in history was “Daring Deliverers” by Ollie E. Gibbs. Together, we learned what it takes to be a good leader by studying the 12 judges appointed by God during the first 300 years of the history of Israel. Each of the judges offered hope to the people of Israel, delivering them from the sin that had ensnared them. But in every instance, the godly leaders were eventually rejected and the people returned to their sinful ways.

It appears that America, a nation founded on Judeo-Christian principles, has rejected a “daring deliverer” before the man even had an opportunity to enact his plan for deliverance. With Ted Cruz laying down his mantle, the future of our nation looks bleak.

“Now to Him who is able to do far more abundantly beyond all that we ask or think, according to the power that works within us,” Ephesians 3:20

Whether or not I cast a vote for Donald J. Trump (or for his opponent), I will keep this election in perspective, believing that even in times like these, God will have the upper hand and that one man or one woman cannot set the course for a nation that looks to God for deliverance. 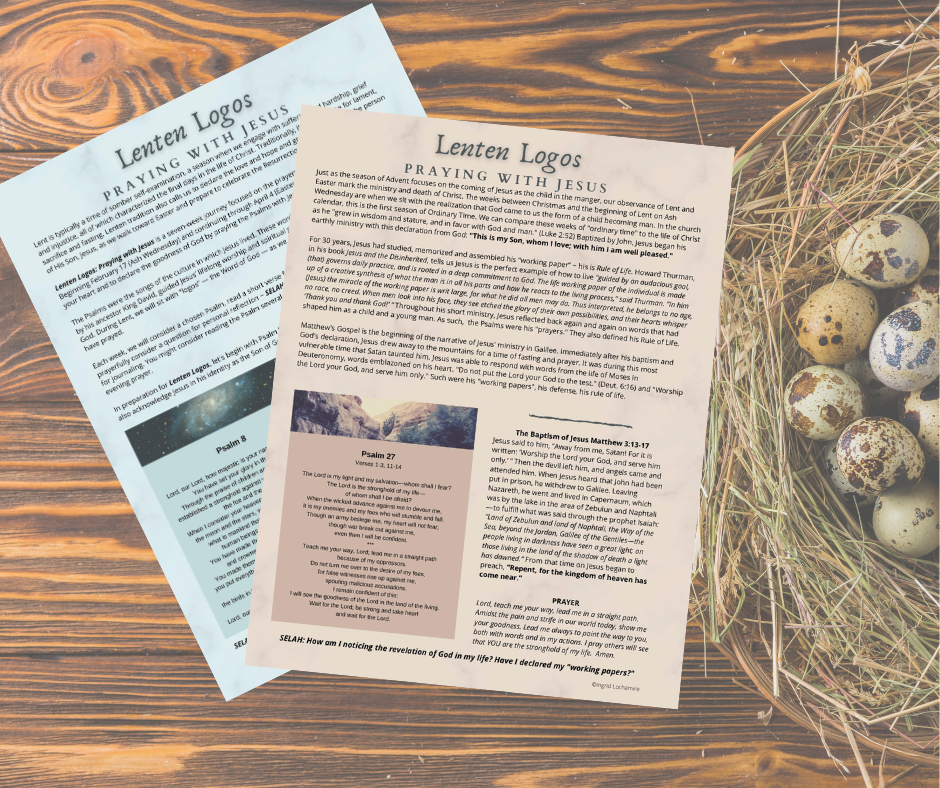 Sign up to receive my monthly newsletter A Thin Slice. Join us now and I'll send you Lenten Logos :: Praying with Jesus, a 7-week devotional leading us to Easter (with a bonus week to get you started).